Aston Martin’s first-ever electric vehicle (EV) was recently unleashed onto the streets of Monaco in conjunction with the Formula E Monaco ePrix. The Aston Martin Rapide E was put to the test by Aston Martin works driver and three-time 24 Hours of Le Mans winner Darren Turner at the street circuit.

Turner said: “I’ve had the privilege to join the Aston Martin engineering team at various stages of the car’s development and the performance that’s on offer in Rapide E really is incredible. The car has the kind of torque and punch that you’d expect from an EV, but they’ve really worked hard to retain the dynamic characteristics of what makes an Aston Martin special.”

The Rapide E is powered by two electric motors driving the rear wheels generating 612 hp and 950 Nm of torque. Century sprint takes 4.2 seconds while top speed is limited to 250 km/h. The 800V battery pack sits where the original 6.0-litre V12, gearbox and fuel tank were located which allows the engineers to give the car a similar balance as the original petrol-powered car.

Only 155 units of the four-seater Rapide E will be made, and allocations are still available at press time. Production will commence in Q4 2019 and will be assembled at Aston Martin Lagonda’s new production facility in St Athan, Wales.

President and Group CEO Aston Martin Lagonda, Dr Andy Palmer added: “Rapide E is a defining product in Aston Martin Lagonda’s history. We have set out a bold strategy for the electrification and hybridisation across the Group and this product demonstrates that we have the capability to deliver an EV of exceptional performance, while still delivering the qualities demanded of not just Aston Martin customers, but the wider luxury market.” 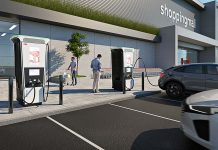 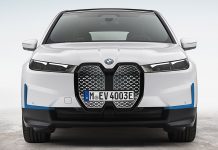