This is one very interesting car; it tried to kill Chris Harris of Top Gear by setting itself on fire while filming, with James May calling it the greatest thing to come out of France since the Mouli cheese grater.

Like it or hate it, the Alpine A110 “Pure Edition” was by far the biggest show stopper at the 2019 Singapore Motor Show. At it’s premiere, the Alpine was introduced with two models – the A110 Pure and the A110 Legende.

The rear-wheel driven Pure Edition is all about being lightweight and driver focused while the Legende focuses on refinement and grand touring. Weighing just 1,100 kg, the Pure draws parallels with the original A110 Berlinette that won the Monte Carlo Rally in 1973.

With 252 hp and 320 Nm extracted from a 1.8-litre turbocharged Renault/Nissan engine, 0 to 100 km/h is done in a Supra-rivaling 4.5 seconds and when you’re done going through all seven gears in the dual clutch transmission, the car should be nudging 250 km/h.

There’s much to like about the Alpine A110; whether it’s the alluring tail lights or the friendly face up front, it drew the most attention from the auto show visitors. That said, a spoiler of sorts could do the rear end even more justice, don’t you think?

There are three different wheel designs for the Alpine A110. This particular one is dressed in 18-inch forged Fuchs light-alloy wheels which complements the one-piece lightweight Sabelt bucket seats in Alpine’s pursuit of lightness.

It may be the size of a Lotus Elise, with performance figures to rival Hethel’s Cup models but the plushness of the interior (even in the Pure form) suggests an otherwise more refined cabin.

The drive control buttons, positioned like the ones you’d find in the new Aston Martin V8 Vantage featured in our Best Car’s of 2019 video, is among the cabin’s party pieces along with a huge red Sport button on the steering wheel and a Lamborghini-like “Start engine” button along the centre console. Alpine might not be dead after all, to become pure-electric performance brand 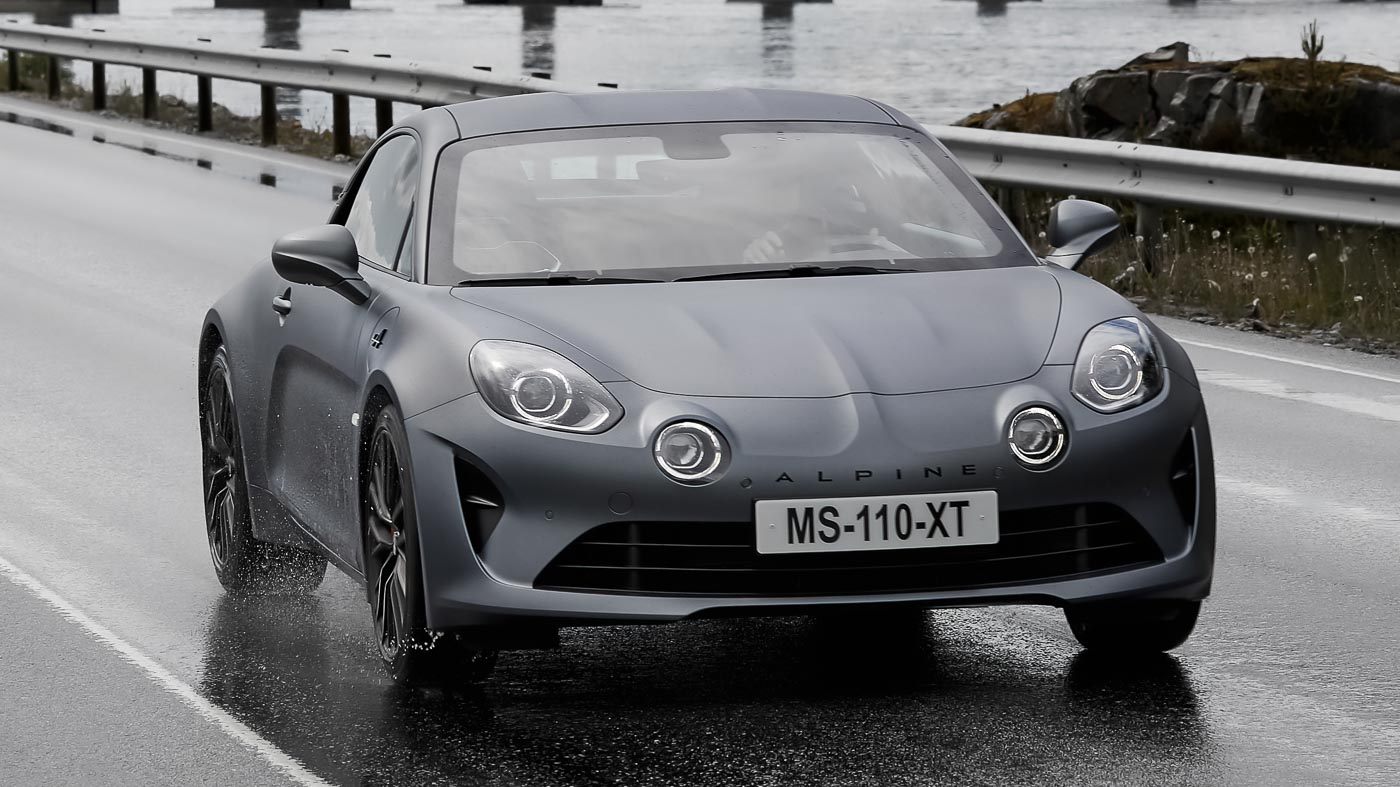 Next on Renault’s chopping block: Alpine A110?