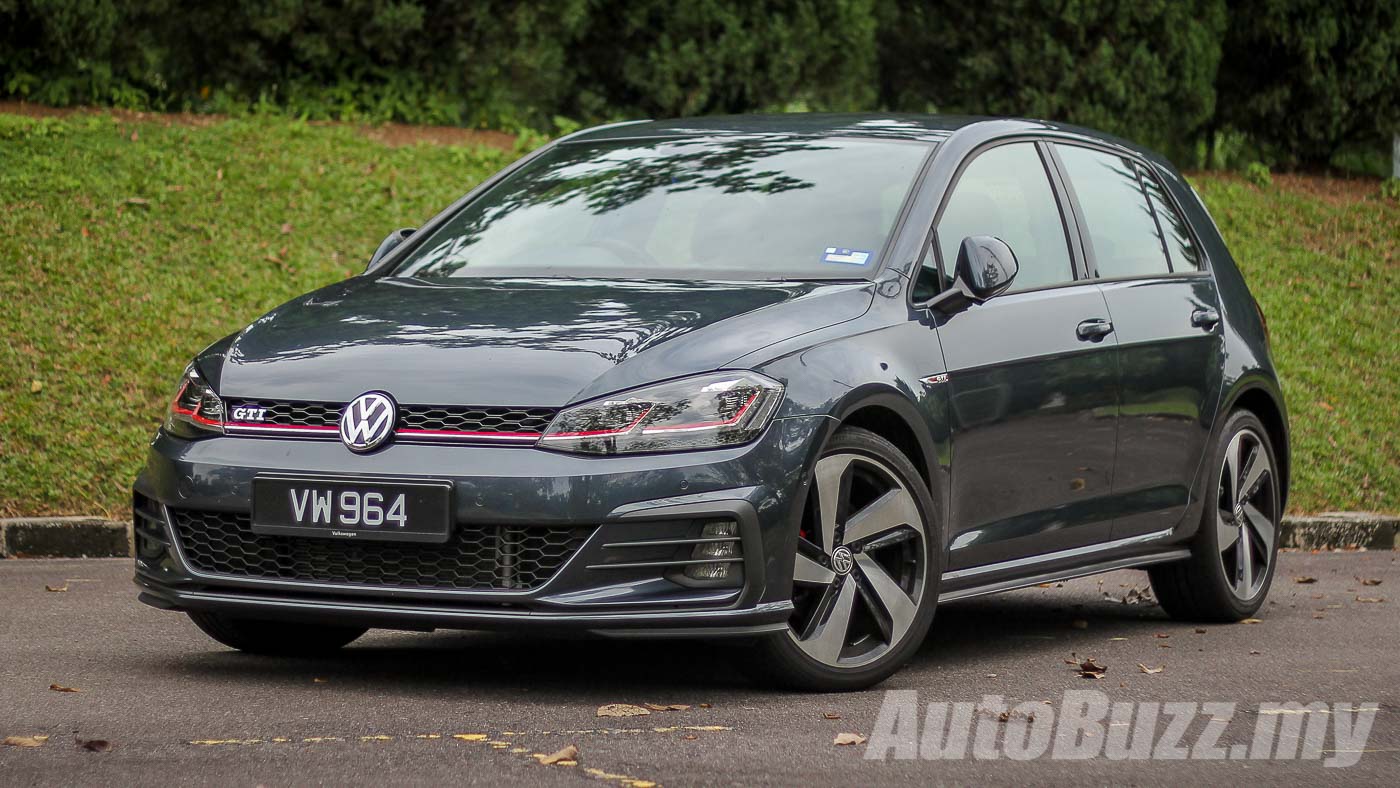 What is it that you look for in a car? What is the first thing about a car that draws you in and makes you want to take a second and closer look?

Obviously it has to first look good (if not presentable at least) cause we’re a bunch of easily impressionable people and once we get drawn to the car, what is it that we look into next?

Is it the safety features? Performance? Practicality? How often do we come across a car, whether it’s a sedan, hatchback or even SUVs, that can do it all and with a flourish? Not many I’d imagine.

It’s just like trying to meet the perfect but hardly-existent other half; we want them to be successful, we want them to have good character and more importantly, we want it all to be packaged into a “good-looking exterior” but how many of these individuals are out there?

So this story, as it should, began more than 43 years ago when Volkswagen debuted the Golf GTI Mk1 at the 1975 Frankfurt Motor Show. It was as if Volkswagen triggered a complete paradigm shift; reshuffling our believes about what a car should and can be.

Starting life with a 1.6-litre/5-speed combination, it was already capable of staying marginally ahead of the Ford Escort RS2000! It had just over 100 hp but was capable of hitting 100 km/h from standstill in just nine seconds – partly because it weighed just over 800 kg.

It offered another edge to the all-roundedness of the Golf. Not only can it accommodate at least four passengers within its compact frame, it could now do the same but get off the line and corner with the kind of precision not known to the hatchbacks of its day.

Fast forward decades later, after all the trials, tribulations and controversies, we’re in an era where the Golf GTI conquers all, again.

Now priced at RM 246,490 (post SST), it is perhaps the most bang-for-the-buck performance car you can buy for the money. Arguably you can buy a BMW 330e M Sport or a Mercedes-Benz C200 AMG Line that’s barely better spec-ed, with more glitz and glamour to the badge but if you’re in for a car that riles up the rusty bits of your jaded soul, nothing comes close to the Golf GTI when it comes to being eager.

Right off the bat, you’d probably think there isn’t much to the new car and you’re partly right but the upgrades have been subtle and as effective as a hot knife through butter. After all, it’s just a facelift model.

It’s got a new digital instrument cluster that is every bit as intuitive and informative and a new 8-inch infotainment display that comes with 8-speakers, Apple CarPlay and Android Auto. More importantly it also comes with a new addition all GTI drivers will appreciate – digital gauges.

At any one time, the display can project three gauges – whether it’s the G-meter, boost meter, oil or water temperature readings. It now allows the former JDM boys and girls to become Euro men and women – with a touch of maturity, without the clutter of analog gauges on the dash.

The rest of the interior though, is unmistakably Golf GTI. Racey enough to uphold that GTI image yet sufficiently restraint to be unanimously accepted by all ages. It offers more room than you’d ever expect from a hatchback with sufficient boot space to handle the cargo that comes with a full board of passengers.

On the outside, I mean just look at the pictures; which part of its exterior could I have possibly faulted? It’s got new full LED headlamps that automatically adjusts the range and projection of light, without sacrificing the cornering lights. At the back, it’s now even got the all-enticing sequential turn indicators.

Like the interior, the GTI’s outlook is one that doesn’t try to hard, yet it stands out without needing loads of make up, rainbow hair and indiscreet piercings. To me, the Mk7.5 is like an already good-looking person, but refined with a simple hair cut, clean-shaven and dressed in fitting clothes – it’s all just right.

But the best part of all – as it is a GTI – is the drive. I’ll even go on a limb and say that I love it more than the R, a notion all my industry peers know with only a few questioning my judgement.

You see, I like my hatchbacks eager, nippy and ready to zip away at a moment’s notice. Imagine if someone left a thumbtack on your seat, you’d jump the moment you sat on it. That’s how the GTI, to me, feels when getting off the line – it’s just lighter on its feet compared to the Golf R with more weight from all the extra components that come with its AWD system.

Its acceleration, and even launch control will never fail to make you giggle like a teen who’s just received his/her first love letter. It’s powerful without being overwhelming and it allows you to use every bit of its 220 hp/350 Nm of torque with plenty of assurance and progression.

That said, the charm of the GTI lies when the roads start to bend. The Golf GTI does not insult nor punish you for your flaws (behind the wheel) but instead, like the “perfect partner”, it makes up for your flaws and complements your lack of talent with its incisiveness.

Within the RM250k bracket, save for the FD2R Honda Civic Type R (my favourite FF car) or perhaps the Fiesta ST, I can hardly think of another front-wheel drive sedan or hatchback that can offer such cornering precision with the kind of assurance that makes you wonder if you could’ve gone quicker through the last bend.

It was very difficult to write about this car without making it sound like I took some money from Volkswagen but for a car that’s competent, quick, practical and good-looking, it was almost faultless in the few days that I had it.

It was so complete, so polished. If the Golf GTI was a person, it’ll be the kind you’d bring to meet your parents – the kind who is composed, looks presentable, does and says all the right things.