However, according to a report by AutoCar UK, the fine people at Stuttgart are apparently working on bringing back the flat-six to their entry-level sports car. According to the news outlet, the next Boxster will apparently be offered with a 4.0-litre naturally aspirated flat-six, taken straight from the latest 911 GT3.

AutoCar UK speculates the large N/A mill will find its way in the next-generation Boxster Spyder, a lightweight, hardcore, track-focused version of the 718 Boxster. It is not the first time that Porsche made a Boxster Spyder with a flat-six as the previous generation (third-gen 981) had a 3.8-litre flat-six pushing out 370 hp and 420 Nm of torque paired to a six-speed manual box.

On the 911 GT3, the 4.0-litre flat-six mill spews 500 hp and 460 Nm of torque; astronomical figures when compared to 365 hp and 430 Nm found in the GTS’ 2.5-litre turbocharged motor. However, we can expect a lower output when the Boxster Spyder debuts, safeguarding the desirability of the 911 GT3.

Sime Darby Auto performance has the Porsche 718 Boxster and Cayman duo on sale in the standard and S variants. Recently joining their stable is the all-new 911 GT3 which can be optioned with a manual box at no additional cost. 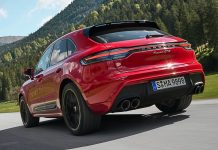 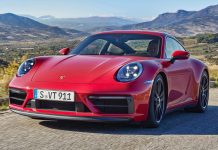