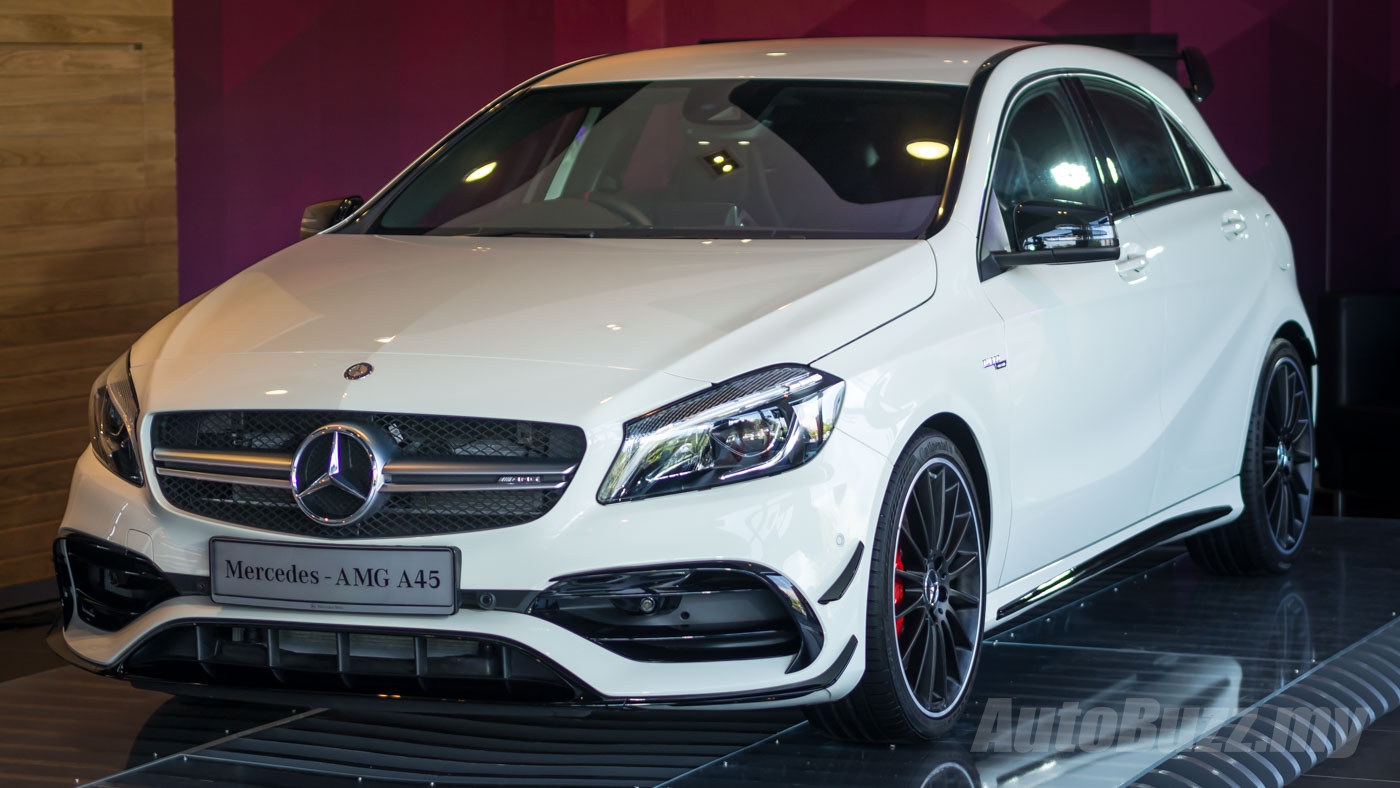 The Mercedes-AMG A45, by measure of sheer grunt, sets the bar for performance in the mega hatch category. With 381 hp drawn from its 2.0-litre four-cylinder turbocharged engine, it currently holds the title as the most powerful four-cylinder engine in the world.

However, the folks at Stuttgart have no qualms in losing the crown just yet. Sources say that the next generation A-Class to wear the A45 badge will have over 400 horses under its hood! Mercedes-AMG are looking to introduce this mega hatch in 2019.

The current M133 2.0-litre turbo will be reworked to produce about 202 hp per litre, and this will be done through reworked fuel injectors, new turbochargers and some minor tweaks to the combustion process. A nine-speed dual-clutch automatic transmission is said to be the transmission of choice for non-AMG A-Classes, though there’s no word on the number of cogs the A45 will get as yet. The multi-plate all-wheel drive system will also be updated. In all, the next A45 will dust the century sprint in under 4.0 seconds.

From the looks of it, the M133 engine will soldier on for another generation, possibly retaining its title as the most powerful four-cylinder production engine. Also sharing this engine are two other Mercedes compact series, the CLA 45 and GLA 45.

Apparently, a new variant might be introduced to fill up the gap between the A250 and A45. Similar to how the C43 slots between the C300 and C63, the less potent Mercedes-AMG A-Class will go head to head against the Volkswagen Golf GTI. It will be powered by the standard 2.0-litre turbocharged M270 instead of the A45’s M133 motor, and will produce around 278 hp.

So, to the folks over at BMW M Division and quattro GmbH, time to show us what the M2 and RS3 can do! That goes for you too, Golf R.