Home News Takata Airbag Inflator Recall in Malaysia: Why & How to get it... 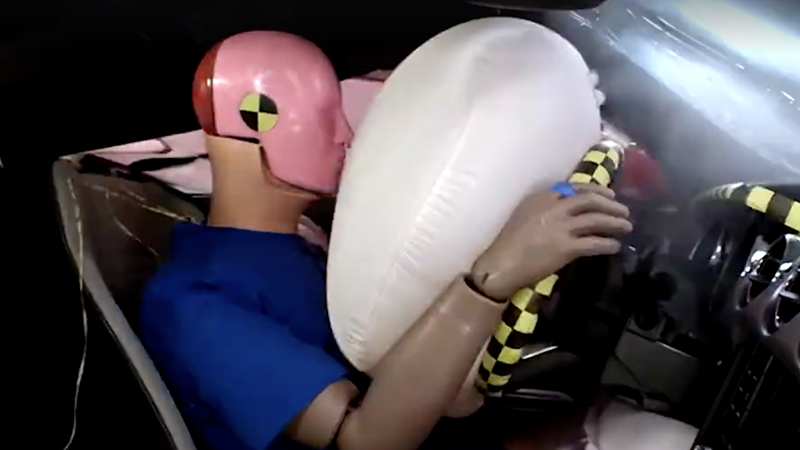 As reported in The Star, a woman driver was killed when the driver’s airbag was deployed. The victim was fatally wounded from an item protruding from the centre of the steering wheel. The car is a fourth-generation black Honda City manufactured between 2003-2005, it was involved in a minor collision with a Mercedes-Benz. According to Honda Malaysia, that particular model was part of a recall on May 21, 2015, which involves replacement of the SDI inflator of the Takata driver’s airbag.

This is the fourth fatal accident in Malaysia caused by a faulty airbag inflator manufactured by the scandal-hit Takata Corp. Coincidentally, all four fatal incidents involve the ASEAN second-generation Honda City. Up to today, there are 15 confirmed fatalities worldwide.

AutoBuzz.my urges you to take this recall seriously. We’ve prepared a one-stop guide on what you need to know/do about the Takata Airbag recall issue.

Takata Corporation is a Japanese supplier of vehicle safety equipment that supplies airbags to Japanese, European and American marques. Airbag inflators require propellant to deploy the airbag in an event of a crash.

The propellant contains ammonium nitrate that ignites upon a collision, which would inflate the airbag. However, this chemical in Takata airbags has started to destabalize, causing the inflator to rupture, shooting metal fragments into occupants.

It was reported that Honda and Takata knew about this issue in 2004 but failed to notify America’s National Highway Traffic Safety Administration (NHTSA). The massive recalls from manufacturers began in 2013 and up to this point, over 40 million vehicles has been recalled worldwide.

Takata blamed the propellant chemicals, which were mishandled and improperly stored during the assembly of the inflators, causing metal airbag inflators to deploy improperly in the event of a crash. The shrapnel-shooting inflator  will cause serious or fatal wounds to the body, head, and neck. The issue is more apparent in humid climate, which explains the three fatal cases occurred in Malaysia.

Watch the following video to understand the current airbag inflator recall situation in the US.

We focus on the cars sold in Malaysia. Honda, Toyota, Nissan, Mazda, and Mitsubishi have announced their recalls on the airbag inflator issue. Here are the affected models:

WHAT YOU NEED TO DO

To begin, get your Vehicle Identification Number (VIN) ready. This can be found via the car’s chassis plate, or your vehicle registration card.

Being the marque with the highest number of recalls in Malaysia, Honda has prepared adequate replacements of inflators for both driver and passenger airbags. Also, owners can visit their website to check if their Honda vehicle is affected.

At the same time, here are the hotline numbers and URLs  of the service centres. They will advise on the remedial actions needed if your vehicle is part of the recall.

Please take immediate actions if your vehicle is affected. The rectification cost will be fully covered by the manufacturer and it only takes up a fraction of your time to change the component. Do not be part of the statistics, think of your loved ones.

UPDATE: 1. The fatality figures and the total confirmed cases have been updated.
2. (29/06/2016) Our friends from PanduLaju have confirmed no Suzuki cars were involved in this recall. Instead, we have updated it with Mazda. Thanks for the tips!