Home News Malaysia to import 100 units of Tesla Model S, but you can’t...

Prime Minister Datuk Seri Najib Razak recently visited Tesla Motors’ headquarters in California and subsequently announced that, through a special scheme, 100 units of Tesla Model S will be imported to Malaysia. “This is to create a more sustainable environment,” he said.

The Model S is Tesla’s most popular model (last year it won the world’s best selling plug-in EV award), leading the premium luxury full-electric vehicle segment in many markets. Najib’s aim is to promote zero-emission cars in Malaysia, and all 100 units bound for Malaysia will be duty-free.

There’s a number of variations for the Model S since its inception in 2012. But currently, Tesla is offering the 70kWh and 90kWh models.

Its flagship is the P90D model; an all-wheel driven, dual-motor setup that produce close to 700 hp juiced by a huge 90kWh battery pack. The P90D manages the century sprint in an amazing 2.8 seconds while boasting a cruising range of over 400km per charge. That said, the Model S isn’t cheap at all, costing upwards of USD100,000 in the United States.

Even with the duty-free Model S, we will be forking a great deal of money to own one. But no, we can’t, because all 100 units will be restricted to Government-Linked Companies. Boo-hoo. 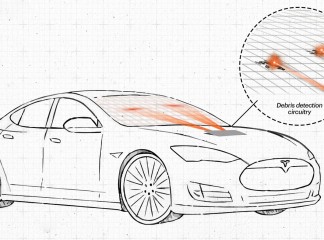 This might be the quietest race on the Nurburgring ever