Remember that iconic two-door gullwing coupe that was capable of traveling through time? The DeLorean DMC-12, the unmistakable car imprinted deep within our brains (thanks to the movie series Back to the Future) was also one of automotive history’s infamous failures, is making a comeback thanks to a certainlaw in the United States.

America’s “Low Volume Motor Vehicle Manufacturers Act” (H.R. 2675) now legally allows the company to salvage all DeLorean leftover parts to assemble new DMC-12 models. The gullwing coupe could make into production by as early as 2017, and up to 325 DeLoreans will be built each year for the United States.

But it, of course, has to meet the current Clean Air Act standards for the model year in which they are produced, meaning a new engine that meets current emission standards is required. The DeLorean DMC-12 model had a rather short lifespan of two years from 1981, with just 9,000 units built to see the light of day. The company, DeLorean Motor Compact, went defunct in 1982 following multiple scandals.

Up to this point, a few engine options from Japan and America have been shortlisted, but the likeliest powertrain supplier may just be automotive giant General Motors. One thing is for sure, it won’t be powered by a flux capacitor, so forget about going back to the past with plans of undoing all your silly mistakes.

If all goes well, the reborn DeLorean DMC-12 can be at your doorstep for USD100,000 (approx RM430,000). It won’t be breaking any world speed records or anything, but we’re beyond certain that this car will make for a really valuable collector’s item. Pity those who have kept the original DeLorean up and running for years now, eh? Someone actually stuffed a V8 into the front of a DeLorean Italdesign goes “back to the future” with DeLorean DMC comeback! 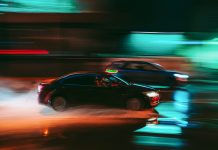