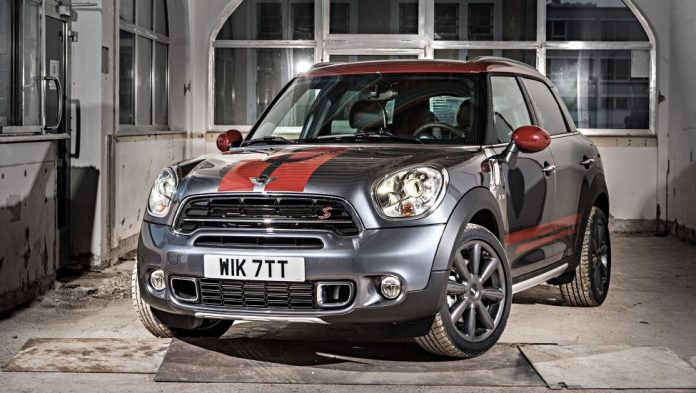 The Chinese (including yours truly and many folks at AutoBuzz) are fans of the prosperous number eight. Although this example is not to celebrate Malaysia’s upcoming long festive holiday, instead this is to pay tribute to one street in London – Park Lane. With that, enter the new Mini Countryman Park Lane edition, an 88-unit only edition named after Mini’s famous showroom.

Based on the standard Countryman compact crossover, it’s powered by a 1.6-litre four-cylinder turbocharged engine producing 190 hp with 240 Nm of torque with an overboost function capability up to 260 Nm. The 0-100km/h sprint is achieved in 7.8 secs with a top speed of 212 km/h while scores an average fuel consumption of 7.5 litres per 100 km.

For those who have played the UK’s version of Monopoly will know that Park Lane is the second most expensive property in London (after Mayfair), hence the word “premium” best describes this limited edition Countryman. The Countryman suits up with the ALL4 bodykit in shades of Earl Grey while the roof and exterior mirror caps are covered with Oak Red. Also sported are Oak Red stripes on the bonnet, tailgate and lower side section.

The emblem “Park Lane” is also generously used on the side of the car, including the cockpit surface; both of which add some air of exclusivity to its name. This Countryman will be equipped with a set of 18-inch alloys finished in Turbo Fan Dark Grey design.

On the inside, there is a 6.5-inch high-resolution colour LCD screen that incorporates the new MINI Connected app which has apps that work like a smartphone’s. Among the apps available are the MINI Streetwise navigation system, Force Meter that displays accelerating forces, MINI Calendar and MINI Vital Statistics. Other added goodies on the inside including Ambient Lighting package, built-in active carbon filter and so on.

The car is priced at RM253,888.00 without insurance, and comes with the latest MINI 4-Year Unlimited Mileage Warranty with Free Scheduled Service programme. This is also the third model to receive the Park Lane treatment following the other two models in 1987 and 2005. With the number ‘8’ being liberally used here by way of its pricing and unit availability, will this be the ideal car to drive home during this coming Chinese New Year?