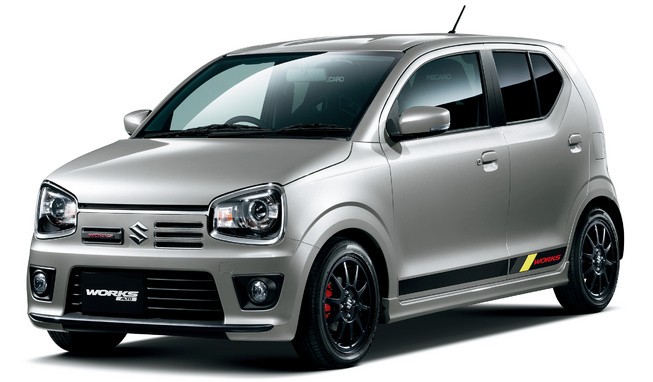 Kei-cars are often regarded as cheap and cheerful but easily forgotten simply because the Japanese culture isn’t present here. They’re basically a regular point A to B kind of cars, but Suzuki upped the ante by revealing a hotter Alto variant known as the Alto Works.

Based on the Japanese-only eight-generation model, this Suzuki Alto on steroids has a new bodykit, fog lamps, new 15-inch multispoke rims, side decals, red brake calipers and chrome bezels for the headlamps. In the cabin, customers get Recaro bucket seats, red contrast stitching, sportier instrument clusters and so on. Suzuki also removed the Alto’s touchscreen infotainment system to reduce weight.

The Alto Works is propelled by a 660cc three-cylinder turbocharged engine producing 64 hp with 100 Nm of torque. It weighs just slightly above 600kg, making this a peppy little pocket-rocket should it be paired with the standard five-speed short-throw manual gearbox. Suzuki also retuned the suspension, steering rack and throttle response for better driveability. Also to note, the five-speed automatic and 4WD are being offered as optional costs.

The car is retailed in Japan for 1,509,840 yen, which is not more than RM54,000,00 after conversion to current rates. As for now, the Suzuki Alto is no longer on sale by Suzuki Malaysia.