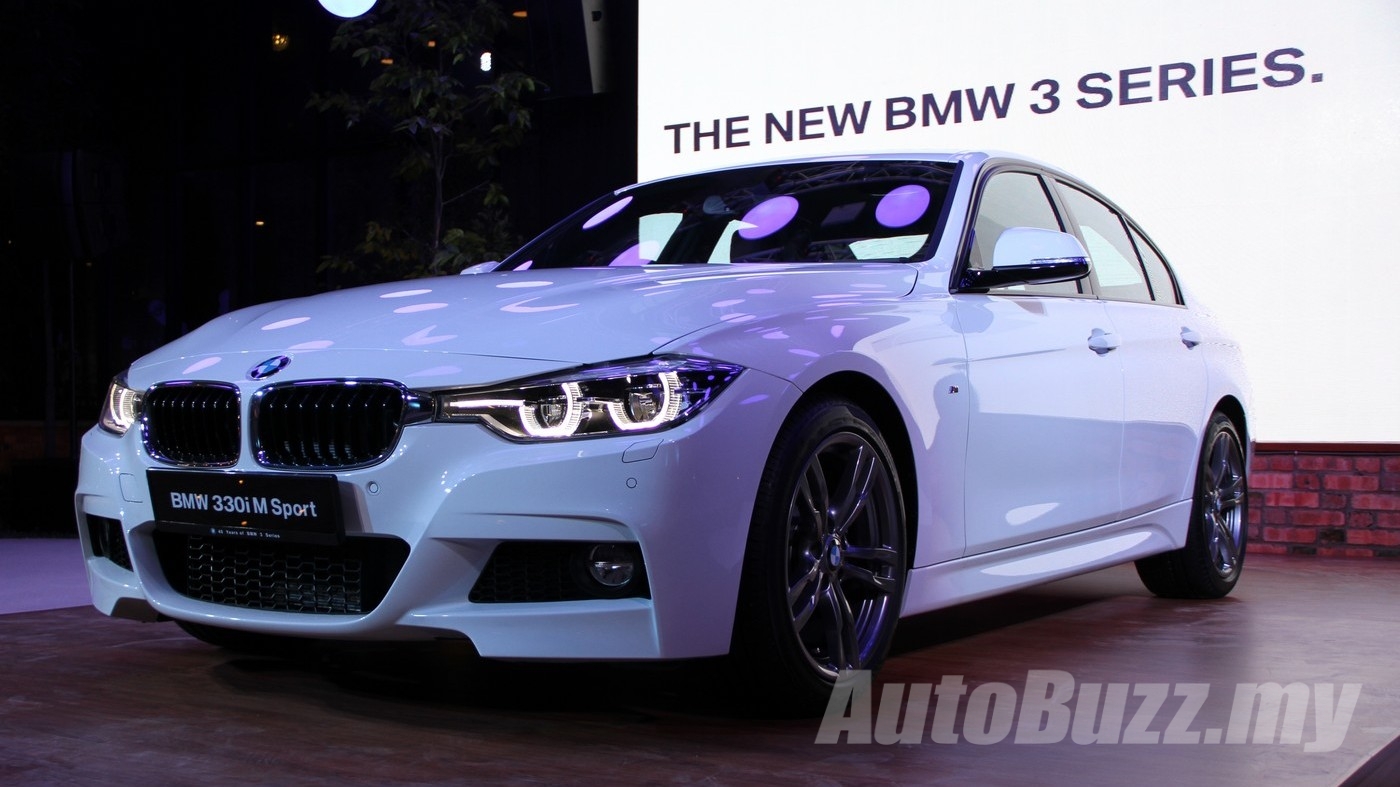 BMW Malaysia has introduced the F30 3-Series LCI (Life Cycle Impulse – essentially a facelift) in conjunction with celebrating the model’s 40th anniversary. Now I know what most of you will be thinking. What’s different, besides the new headlights and tail lamps? As is the way of BMW, it’s the little details that set their cars apart from the rest. This new LCI was given a bit of a ‘freshening-up’ to keep with the times.

If there’s one word to describe the F30 LCI, it would be streamlining. From the trimmings to the chromed out badges living on the car’s trunk, it’s all been given an exercise in streamlining. It doesn’t just stop there, but the engines have also been tweaked to provide better efficiency in terms of emissions and power output.

It’s been said that the eyes are the windows to the soul. That sentiment resonates supremely here as the brand’s signature Corona Ring DRLs have been reshaped ever so slightly that if you were to blink, you might just miss it. We kid though, but in all seriousness, the reshaped DRLs now seem to lead towards the kidney grilles. Ask any Bimmer enthusiast and they will tell you that the grilles are the nostrils of the beast – an indication of the power living under the hood.

Features standard on all M-Sport variants are a pair of LED fog lamps built into the reshaped front bumper. The front apron gets a broader side air intake for a more aggressive stance. On the rear end, the 3-Series wears the newly-redesigned full-LED tail lamps which bears very stark resemblance to the M4 GTS.

The BMW E36 of the early 90s paved the path forward for a defining feature that will find its way to every Bimmer sketch ever made – a driver centric cockpit. Bimmers are meant to be driven and this new LCI F30 is no exception from that rule. While the LCI regime didn’t see massively radical changes done to the interior save for some mild updates like the new ambient light (a cost option, unfortunately) and additional chrome trimmings.

This next feature is one of the most interesting toys to come with the new LCI 3-series. Here’s the catch, it isn’t another hardware, but rather a brand new software powering the BMW ConnectedDrive. The latest-gen Navigation System Professional fitted to the 320d and the 330i M Sport (formerly known as the 328i) boasts a quicker start-up time, faster route calculation (and re-calculation – we’ve all been there) along with a more realistic 3D graphics all shown out through a full-colour high-resolution Heads Up Display.

A SIM card is built into each car so that drivers can enjoy BMW’s range of services from ConnectedDrive without the need to hook up to a smartphone. The Concierge Service feature works a lot like the Siri on iPhones which can bring up places of interests, restaurants, hotels and gas stations.

Intelligent Emergency Call is another ingenious feature that automatically transmits information such as airbag deployment, location and crash severity to the BMW Call Centre in the event the airbags are triggered. The information is then passed onto emergency services. Alternatively, if you’re a witness to an accident, the driver can manually summon for help on behalf of other road users.

The BMW 3-series has always had its roots planted firmly with the tagline “Sheer Driving Pleasure” for the past 40 years. And since its conception, the focus has always been about better power delivery whilst at the same time combining frugal fuel consumption figures. As you would’ve noticed, the 316i variant is no longer offered, and is replaced by the 318i which gets its power from a TwinPower Turbo 1.5-litre three cylinder engine similar to one found on the i8 sports car and other MINI models. With 136 hp and 220 Nm of torque on tap, it manages the century sprint in a respectable 8.9 seconds and boasts a fuel consumption rating of just 5.1 litres per 100km.