Mercedes-Benz Malaysia (MBM) is clearly taking the lead of this upstream battle against the softening market, charting growth of its passenger car sales of 8,196 units by the end of the third quarter in 2015. That’s 70 percent more than the 4,817 units sold in the same period in 2014!

Since announcing their best first half result in Malaysian history by selling 5,163 units earlier this year, MBM in Q3 2015 sold approximately 3,033 units which equates to 109 percent growth from the 1,451 units sold in Q3 2014. As expected, the bulk of this sales success is achieved via their core models – the W205 C-Class, W212 E-Class and W222 S-Class; all of which are locally assembled at their Pekan Production Plant in Pahang.

Of the 3,033 units sold in Q3, 2,188 units (or 72 percent) of them are comprised of the popular trio, with 861 units of the C-Class registered (that’s 210 percent up from Q3 2014), making it the most popular model of the three. Following closely behind is the E-Class with 679 units and the S-Class even closer at 648 units. Both E- and S-Class models saw a growth increase of 72 percent compared to the same period last year, whereas sales for the S-Class is up by 127 percent.

The month of September is also MBM’s highest sales month in the third quarter this year, selling a cumulative 235 units. But the good news doesn’t end there, because Mercedes-Benz remains relentless in expanding its product lineup, and that includes the AMG models. To date, the company sold 302 units of AMG cars, one that’s populated by the likes of A45, CLA45, GLA45, C63 S and AMG GT S. The compact car lineup on the other hand, charted sales totalling 838 units in Q3 2015, up 87 percent from the same period last year.

Icing this cake is the repositioning of their W205 C-Class offering, which sees a price reduction of up to RM52k for the range topping C250 AMG variant. The C-Class is the latest Mercedes-Benz model to qualify for the Energy Efficient Vehicle (EEV) incentive, and now the base model C200 Avantgarde is priced at RM248,888 (about RM21k down from before) without sacrificing equipment kit. One spec up is the C200 Exclusive, costing RM252,888 and topping off the offering is the C250 AMG at RM287,888. The C250 Exclusive offered before this announcement has been discontinued. 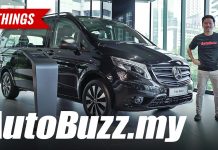