The Porsche Carrera Cup Asia (PCCA) makes a return to the hallowed Sepang F1 Circuit for Rounds 9 and 10 of the calendar, coinciding with the Asian Festival of Speed’s GT Asia race which saw GT3 class cars from every top marque present. The weather, rather surprisingly, proved to be the wildcard of the race.

But before the armada of thundering 460 hp 991 GT3 cars hit the 5.5km F1 track, the fleet was at the Chang International Circuit in Thailand in July where teams fought to gain mid-season points. Sepang proved to be a hair-raising, close quarters race that saw Martin Ragginger chasing Nico Menzel’s tail with a mere 1.455 seconds to spare in Race 1 (Race 9 of the season).

Race 1 podium finishers were happy with the close and competitive outcome, with Nico Menzel and Martin Ragginger placing first and second respectively while Clearwater Racing’s Craig Baird came in third. The Kiwi driver started the race in sixth place after qualifying and was pleased to share the podium with Menzel and Ragginger. Our very own homegrown driver Alif Hamdan came in at 11th place in Race 1.

The engineers worked tirelessly to fine tune and tweak the cars before the flag dropped for Race 2 (Race 10) later that afternoon. As the lights lined up overhead and went out, the race saw Menzel, Ragginger and Baird battle it out for the next 10 laps. As mentioned earlier, the weather played havoc with the engineers’ setup. The shifting climate saw track temperatures and grip perpetually fluctuation with every passing cloud, making the already arduous track a more challenging experience.

At the end of Race 2, Chris Van Der Drift, who was fourth in Race 1, came out on top with Ragginger and Menzel clinching second and third place respectively. Van Der Drift pulled a 3.065-second lead ahead of Ragginger, whereas Menzel trailed behind the leader by 4.799 seconds.

PCCA will make its way to Singapore next to supplement the Formula 1 race at the Marina Bay street circuit from 18 to 20 September. After the stint in Singapore, they will be off to Shanghai for the final round of the season in the World Endurance Championship at the end of October. 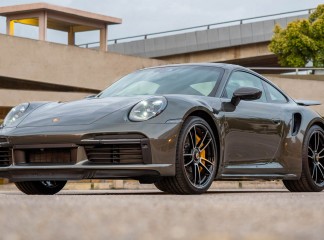