Home News Volkswagen Golf GTI Clubsport is the most powerful GTI yet with 261...

Audi is not the only one with a clubsport model displayed at the 2015 Wörthersee show. To celebrate the 40-year anniversary of the iconic Golf GTI next year, Volkswagen has unveiled the Golf GTI Clubsport.

Displayed at the 34th GTI Meet at Lake Wörthersee in its concept form, the GTI Clubsport is slated to enter production next year. Although Volkswagen claims the concept pretty much represents how the production model will look like.

Previewed in the 3-door bodystyle, the GTI Clubsport may appear similar to the standard GTI, with the detailing such as the red strip on the grille that cuts into the headlamps, and a rear bumper with dual tailpipes. Upon closer inspection, you will see that it receives a new styling upgrade that includes a more aggressive front bumper, additional side sills, a taller rear spoiler, and a new set of alloys.

The cabin gets a mild revamp too, with a pair of heavily-bolstered front bucket seats and the flat-bottom steering wheel is now clothed in Alcantara with 12 o’clock center marker. Other than that, the dual-zone air conditioning is retained, as is the 8-inch touchscreen display panel seen here with GPS navigation.

Based on the 227 hp Golf GTI Performance, the 2.0 TFSI powerplant has been massaged to deliver 261 hp, making it the most powerful production GTI to date. It’s also equipped with a temporary overboost function that is said to extract 10 per cent more power from the engine.

Other performance figures might have to wait until the full production model is announced next year, but you can expect the figures to sit between the “vanilla” Golf GTI and the rapid Golf R. 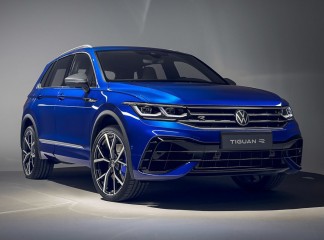 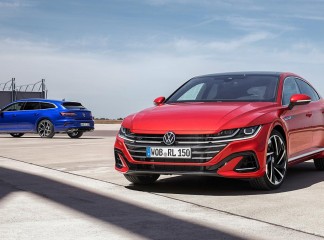 Would you have the new Volkswagen Arteon R in Fastback or Shooting Brake form?