Three winners have arose amongst the thousands of entries from Shell Malaysia’s #cleanmyengine contest, the one-month long online contest that begun from 29 December to 29 January 2015.

Each of the three won an exclusive car detailing package at Regal Valet in Bangsar worth RM1,500, a 3-hour-15-minutes Sultana Hammam spa package worth RM550 at Hammam Bangsar Village and a 4-litre pack of Shell Helix Ultra 5W-40 with PurePlus Technology worth RM235.

Grand prize winner Faudzina Khamis, a 42-year old product planner, was doing some online research because her 12-year old MINI Cooper’s engine felt rough, and this research led her to the contest and ultimately won the grand prize. “I have always left the decision on motor oil to my regular workshop.  I then decided to learn more about the subject and now understand how a good oil makes a whole lot of difference, especially one that can clean as well as the Shell Helix Ultra with PurePlus Technology.  The experience has been so rewarding as both my car and I now feel spanking new!” she said.

Doctor K’ng from Penang, who was represented by his wife Ms Lee Woei Lin, was also one of the three grand prize winners who said, “My husband chanced on the contest online and participated as our family are Shell users.  I am glad he won as both our family Peugeot SUV and I were rewarded with a thoroughly pampering spa experience.”

Noel Kuppan, the self-employed 37-year old submitted a creative slogan based on his understanding of the Gas-to-Liquid processing technology and earned himself and his trusty Proton Saga Aeroback a complete detailing session.

Shell Helix Ultra with PurePlus Technology is tried and trusted by some of the world’s leading engine makers and has such received OEM approvals from Ferrari, Maserati, Mercedes, VW, Ford, Honda, GM, Chrysler, Hyundai and the new partnership with BMW. 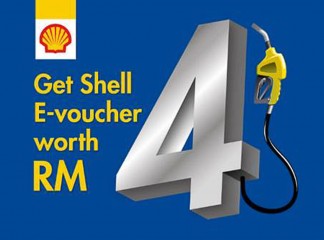 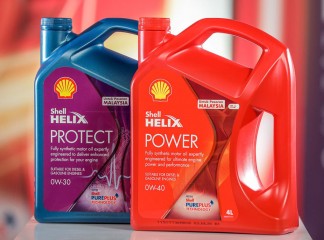 New Shell Helix Power, Protect engine oils make it easy to choose the right one for your car