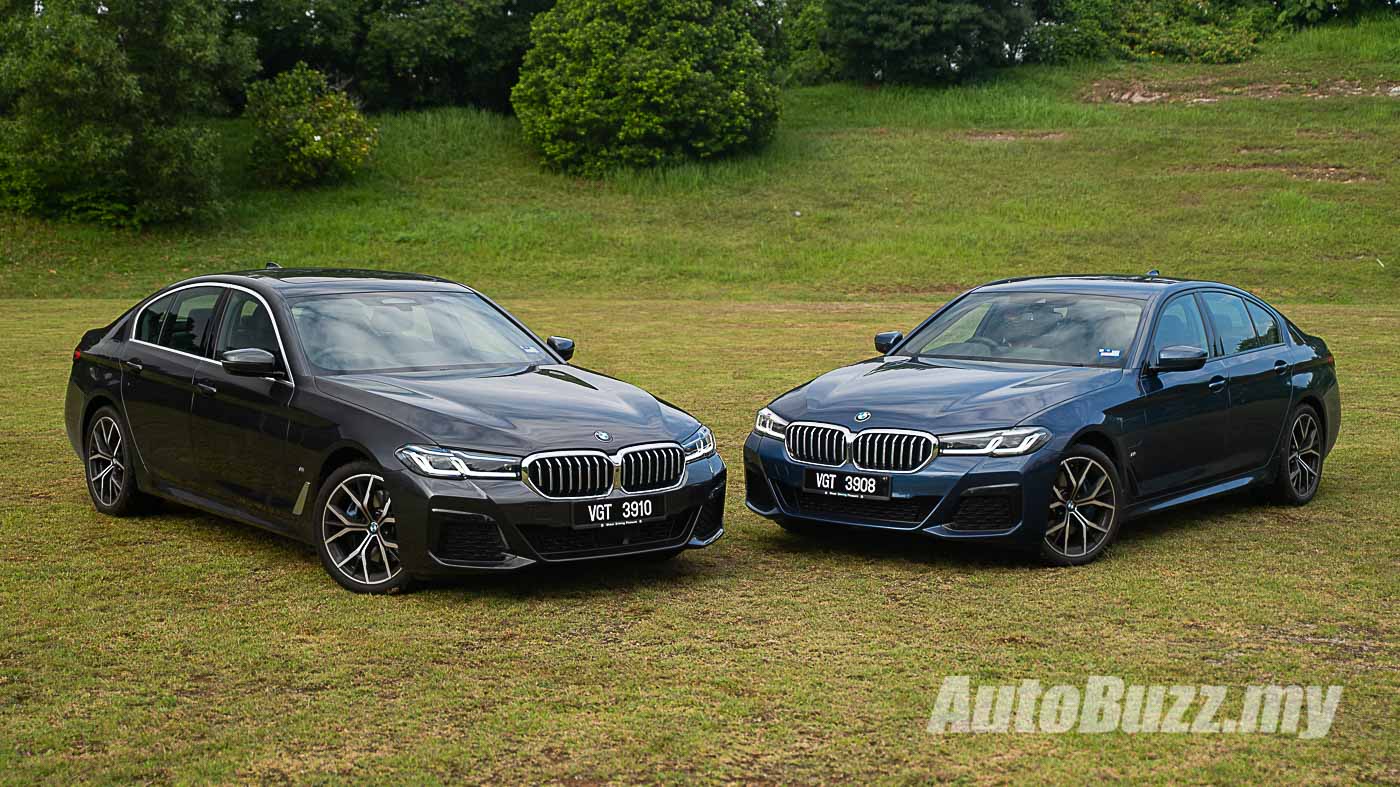 The facelift BMW 5 Series was launched here in May this year to the tune of RM368,122 for the 530i M Sport and RM317,534 for the 530e PHEV M Sport. These prices are inclusive of a 2-year unlimited mileage warranty.

Aside from the substantial difference in price, there are plenty that separates the two from one another. On the outside, while both may be equipped with an M Sport bodykit and similar 19-inch Y-spoke Style 845 M wheels, the 530i is fitted with BMW Laser Lights for even further and better light projection. It can automatically turn on the high beam to brighten up the road ahead (even with other motorists around) without blinding them.

The 530i M Sport comes with a radar sensor at the front bumper for its adaptive cruise control feature with stop-go function. Both models are equipped with the Driving Assistant package which includes features like autonomous emergency braking, lane keeping assist, blind spot monitoring, and rear cross-traffic alert.

The two 5’s have vastly different boot capacity as well. As the 530e PHEV is fitted with batteries at the rear, the boot floor is slightly higher, with a capacity of just 410 litres. The 530i on the other hand can gobble up to 530 litres of cargo.

Notice how the centre console is different between the two. The 530e comes with the additional battery icon for the “Battery Control” where it allows you to keep the battery charge at a certain percentage so as to not drain the battery entirely. The ECO PRO button in the 530i is also replaced with one that says “Electric” in the 530e, making the car run purely on electric power.

Between the two, only the 530i gets the 16-speaker 464-watt Harman Kardon surround sound system. The 530e gets the standard 205-watt 12-speaker system.

The 530i also gets a sunroof and head-up display. Standard equipment on both variants include a larger 12.3-inch infotainment display and a digital instrument cluster of the same size.

The 530e also comes with a new XtraBoost function that can temporarily increase output to 292 hp. Its battery is also larger, up to 12 kWh from 9.2 kWh. This allows the 530e to run purely on electric for up to 67 km, compared to 48 km previously.