If you’re like us, the mere fact that Honda hasn’t made a replacement for the revered S2000 since 2009 is enough to keep us up at night. The guys in Honda Access – Honda’s accessories arm – probably felt the same too, and went on their own way to resurrect the S2000 as a prototype for the Tokyo Auto Salon 2020.

Celebrating two decades since its launch in 1999, the Honda S2000 20th Anniversary Prototype is equipped with several custom parts to “reflect the voice of customers”. These include redesigned bumpers, updated suspension system, blacked out trim elements, and a new audio system – or whatever “audio lids” mean, thanks Google Translate.

Honda did not mention if there are any performance changes made to the 9000 rpm screamer, but the single image provided is enough to have us drooling over our keyboards. As it is a “prototype”, the customised parts might even become available to purchase for S2000 owners.

Information on the resurrected S2000 are scarce, but we will see more of it when it goes on display in the Tokyo Auto Salon 2020 from the 10th to 12th of January 2020.

Honda says that the “Civic 2020” is designed to represent the younger generation of the present age, and we must admit the modernised front bumper (reminiscent of the VW Golf R, don’t you think?) does look pretty sharp. We just hope that it doesn’t turn out to look like a ricer job. 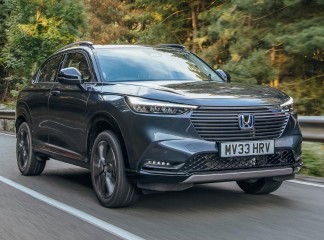 Hondata extracts over 30 hp and 60 Nm from new Civic Turbo with a simple tune!