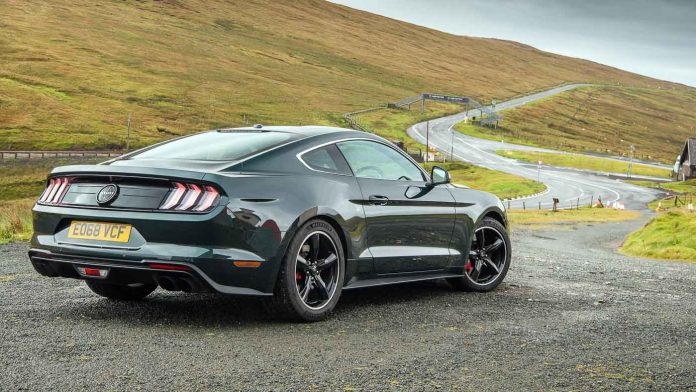 In yet another edition of Ford’s epic “Europe’s Greatest Driving Roads” series, the Ford Mustang BULLIT gets taken out for a thrashing around the arduous “Mountain Road” – raced on by daredevils with bikes during the Isle of Man TT Festival.

The series has seen the Ford GT dash across the idyllic Atlantic Ocean Road in Norway while a Fiesta ST zips around the virtually empty Via Campocatino in Italy.

“Imagine German autobahns, then add hills and twists, and shrink it to a single carriageway with incredible views, and what you have are these utterly fantastic, and dramatic, roads. The Mountain Road feels – and is – an utterly dramatic place to drive. It’s epic, and quite unlike anywhere else,” said British motoring journalist, Steve Sutcliffe of AutoExpress, who was behind the wheel of the BULLITT.

“The mountain itself is said to be unique as the only place from which you can see all four countries that make up the United Kingdom: England, Scotland, Wales and Northern Ireland,” he added.