In the automotive industry, it is rather rare to see conceptual models that live their whole lives as a sketch in design studios materialise into production form. Citroen on the other hand, chose to bring one of their sketches to fruition. Feast your eyes on the Cactus M Concept. The design ideology in mind for this car was the carefree beach life.

The French automaker is heralding the Cactus M as an open-air lifestyle crossover with ‘go-anywhere’ looks that builds on the approach suggested by the Citroën C4 Cactus and clearly expresses its family ties with the Citroën Aircross concept that was presented at the Shanghai Motor Show in earlier April.

Interesting that one should mention the C4 moniker. As in the case with most mainstream French cars, the design direction has literally gone to funky town. The Grand Picasso maybe a soccer mum runabout but no one can deny beyond all certainty that it is a funky, handsome and futuristic looking seven-seater.

The Cactus M is no exception to that ruling. It looks like the brand’s translation of what a spunky California beach buggy should look like. The wings are sculpted around the wheel arches for a more muscular look. The upright windscreen, raised body and chunky wheels underline its leisurely personality. All it’s missing is a couple of surf boards.

The Cactus M has a gorgeous yet functional interior to match the exterior looks. The upholstery and dashboard trim were designed to resemble wetsuits, unsurprisingly. The brightly coloured neoprene fabric adds a warm vibe to the cabin and brings out the Cactus’ ‘fun’ side to light. In addition to the waterproof qualities of the seats, it also reduces the time required for them to dry off.

The Cactus M concept was designed as an open-air vehicle, but is able to adapt to any type of weather with its innovative inflatable roof. Located in the double-floor boot, this roof is erected by hand and stretches around the frame using an innovative pump mechanism. Air inflates three tubes that hold the top in the correct position. Inflation is activated via a compressor tucked away at the rear of the car.

Hats off to Citroen on bringing an interesting concept to life. The Cactus M is funky, futuristic and handsome to say the least as we’ve established. The inflatable roof idea maybe a tad stretch of the imagination but as a whole, the Cactus isn’t merely a California beach mobile with a mad interior and paint job to boot. But rather, it sells the concept of the lifestyle more than it does the actual car, and for that it should be applauded in this writer’s opinion. 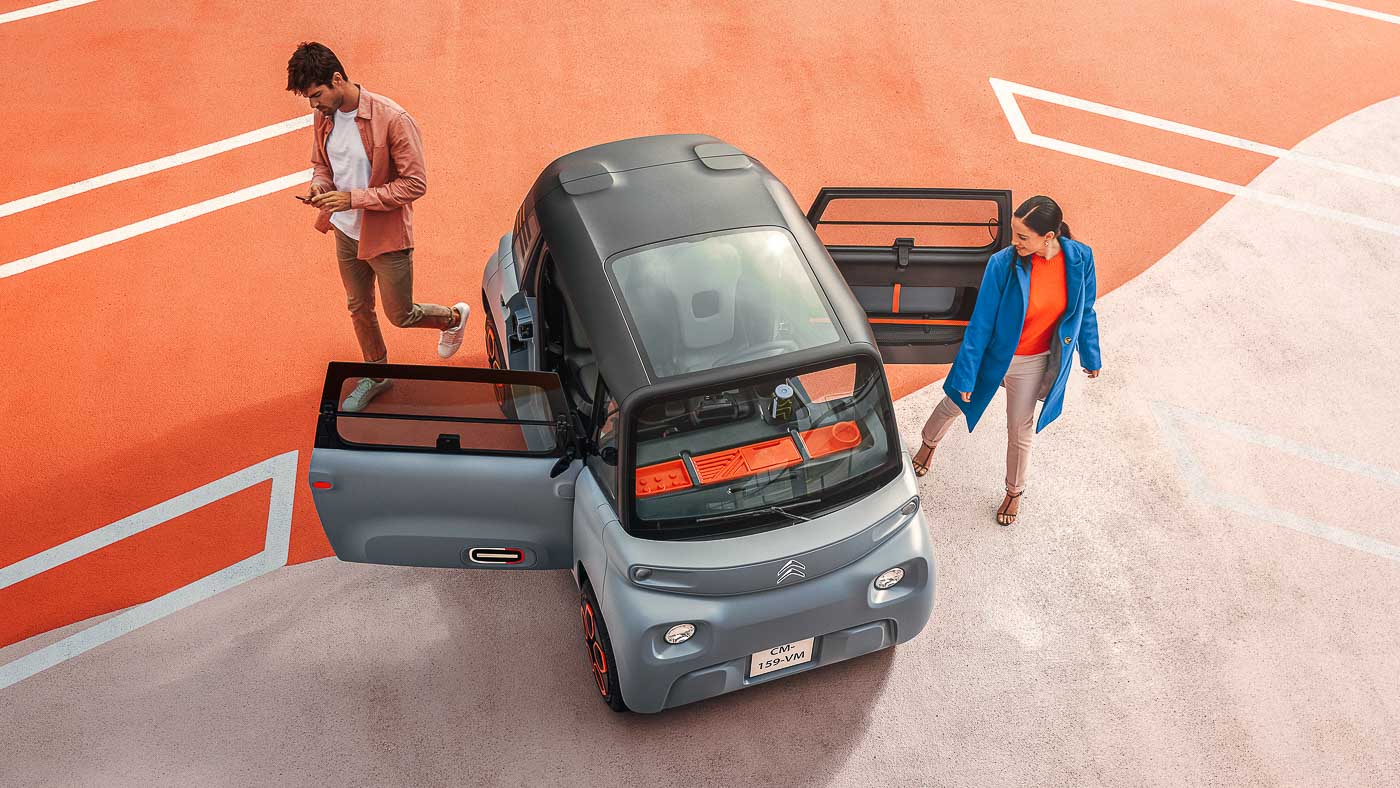