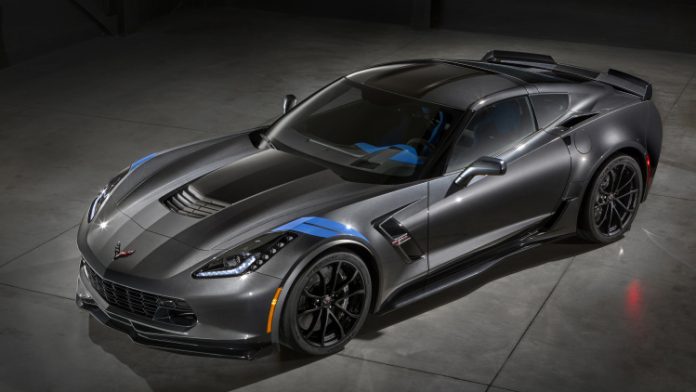 Chevrolet isn’t going to let everyone else take the spotlight at Geneva, no. Instead, they’ve created what is possibly the sexiest factory-produced Corvette in a while, the Chevrolet Corvette Grand Sport. It follows the similar playbook from the newly launched Porsche 911 R, a true “no holds barred” sports car catered only for the purists.

The Grand Sport may not be the most powerful Corvette model (that title goes to Z06 still), but it inherits some of the racing DNA from the highly successful 2015 Le Mans Corvette GT car. Hence, it receives enhanced chassis tuning, track-focused aero kits, grippy set of tyres and new performance technologies.

Under the bonnet lies a naturally aspirated 4.6-litre V8 that delivers 460 hp to the rear wheels. The Corvette Grand Sport offers a seven-speed manual transmission as standard with an eight-speed automatic available as an option. Tasked with providing stopping power is a set of large Brembo brakes, consisting of 14-inch rotors at the front with six-piston calipers, and a pair of 13.4-inch rotors with four piston calipers at the back.

Traction is massively improved with the inclusion of Michelin Pilot Super Sport tyres; 285/30 ZR19 at the front and 335/25 ZR20 the back. The handling department also gets a shot in the arm via an electronic limited-slip differential, magnetic ride control, stabiliser bars and unique springs.

The end result is a thoroughly more focused Corvette that can barrel in and out of corners up to 1.05Gs! If you can stomach more lateral forces, there’s a Z07 pack which adds carbon-ceramic brakes and Pilot Sport 2 Cup rubbers. This ups the car’s threshold to 1.2Gs!

The Chevrolet Corvette Grand Sport is available in both coupe and convertible trims, whereas a Collector’s Edition will be unveiled within the next few months. The latter adds Watkins Glen Grey Metallic paint with blue stripes, black body stripes, and black rims. It’s just too bad we won’t be able to have it here!