After suffering a few rounds of spy shots and image circulations online, the Mercedes Benz C-Class is finally revealed officially. This fifth generation C-Class comes with the latest safety systems and equipment, economical engines, excellent aerodynamics and is lighter by 100kg. Mercedes says the all-new C‑Class feels like an “upgrade to a higher class of travel”. I must say, Mercedes is pressing all the right buttons with these new models.

The C-Class has always been the automaker’s best selling model, they sold 2.4 million units of the outgoing C-Class since its launch in 2007. Mercedes will definitely try to top that with this new model. Codenamed ‘W205’, Prof. Dr Thomas Weber, Member of the Board of Management of Daimler AG responsible for Group Research and Mercedes-Benz Cars Development described it as “Mercedes at its best – that’s the new C-Class, which sets new standards for the mid-range segment on many fronts.”

As compared to its predecessor, it is now bigger providing more space to the rear passengers for greater comfort. It is 95mm longer in length (2840 mm), with a 80mm increase in the wheelbase and 40mm wider (1810mm).

Appearance wise, this does look very much like its bigger brother the new Mercedes S-Class, both front and rear. It comes with H7 halogen headlamps as standard. As options, a static system and a dynamic version energy saving LED headlamp variants are available with “LED Intelligent Light System”. The tail lights feature LED technology in all headlamp versions. The new exterior design focuses on aerodynamic drag to achieve outstanding efficiency. For instances, at its 0.24Cd drag coefficient, it is better than most coupes. Wind noise level has been brought down as well.

The weight loss in this new C-Class is the results of the new light weight chassis. Even with its bigger body, it’s 100kg lighter than its predecessor thanks to the mostly aluminium made body. The new body reduces weight, improves rigidity and handling, optimizes noise and vibration characteristics and level up crash safety. With that and its low drag coefficient, the new C-Class saves up to 20-percent fuel and enables sporty and agile handling.

Designers at Mercedes Benz has raised the interior design benchmark for the C-Class’ segment. High-class materials are used to provide a luxurious feel of the interior for both driver and passengers. Much like the new A-Class, it has the 7-inch free-standing central display, round retro-like air vents, high-quality switches and dials, leather dashboard and the contemporary wooden centre console. Like how Mercedes puts it, it’s an “upgrade to a higher class of travel” in this new C-Class.

What’s interesting is the innovative touchpad that recognizes finger gestures like our smartphones. It even allows handwriting input in letters, numbers and special characters, in any language. Head up display is also available displaying information such as vehicle speed, speed limits and navigation instructions and displays messages from DISTRONIC PLUS.

New engines will be introduced later on such as a new small 1.6-litre diesel engine and the advanced version of the 2.2-litre diesel engine, which are said to perform better. BlueDIRECT petrol engines with third-generation direct injection will also be available, including a special four-cylinder C180 ECO Edition model.  Mercedes-Benz has transferred the BlueDIRECT technology from the V6 and V8 engines to the four-cylinder engine, that provides spontaneous response and exemplary power delivery with high efficiency and best-in-class emission performance. The direct injection system with spray-guided combustion, employs a multiple injection process which is precision-controlled by means of an electronic system. The third-generation direct injection technology is complemented by “fast multiple ignition”.

In addition, the new C-Class will follow the foot steps of the E and S-Class by offering a diesel engine combined with a hybrid module. The C 300 BlueTEC HYBRID with four-cylinder diesel engine and a compact electric motor generates an output of 204 + 27 hp and uses only 3.9 litres of diesel per 100 km/h in NEDC combined mode. A more economical hybrid model that will feature plug-in technology will come later as well. Too many to choose from.

AIRMATIC suspension – first in its segment

Steel suspension is fitted as standard in the new C-Class with three DIRECT CONTROL suspensions selections, “Comfort”, “Avantgarde” and “Sports”. You can opt for the new air suspension (AIRMATIC), first that can be fitted in its segment; for both front and rear axles. With it, you can have the AGILITY SELECT that switches between “Comfort”, “ECO”, “Sport” and “Sport+”. A custom “Individual” option enables you to configure your own suspension settings. When vehicle is loaded, AIRMATIC is able to do an all-round self-levelling for optimum ride comfort.

This new C-Class is equipped with almost all of the new assistance systems that’s fitted in the new E and S-Class.  The assistance systems enhance both comfort and safety. Mercedes-Benz calls this Intelligent Drive. (Watch Michael Schumacher tests the C-Class’ Safety System here.)

Mercedes added more airbags in this new C-Class such as pelvisbags for driver and front passenger, a newly developed windowbag, sidebags for the outer rear seats and a kneebag for the driver. The front passenger seat can additionally be fitted with automatic child seat recognition. The airbag is automatically deactivated when a child seat is fitted and reactivated once it has been removed. 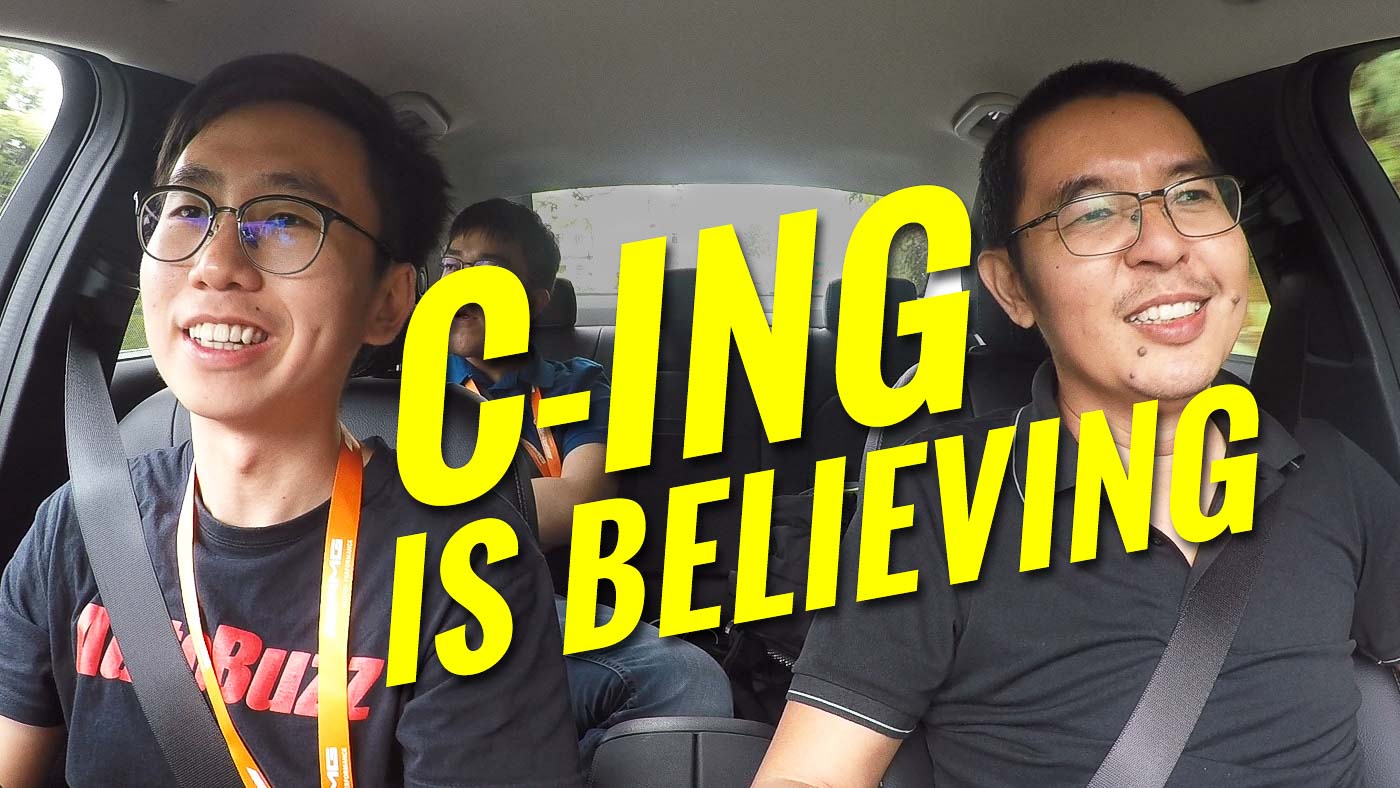 Here’s a closer look at the Mercedes-Benz C-Class facelift, like what you see?